Daisy and Cedric who attended the same one hour orgasm demonstration are interviewed by Terry. From their perspectives, one female and the other male, each tells what it is like to witness a Deliberate Orgasm that lasts for one hour, explains what they experienced and felt, and addresses how attending the course impacted their sensuality and their sex life. 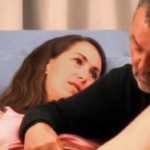 Terry: Welcome to the Female Orgasm Podcast where we explore the potential of female orgasm, more pleasure and a better sex life for both men and women. This is Terry Goffinet and I am your host.

Today our guests are Daisy and Cedric and we’re going to be talking about the demonstration of a one hour orgasm. Thank you for joining us today.

Cedric: Hi, thank you for having me.

Daisy: Thanks for having me on the show.

Terry: Daisy and Cedric recently attended an Observation of Intense Coming Course offered by the Welcomed Consensus who are internationally renowned researchers and educators in sensuality. Our show today will be about their experience of the one hour orgasm demonstration. Listen in and you’ll find out what it is like to witness a woman in orgasm for one hour, what these two students experienced, and how witnessing a one hour orgasm can impact your sex life.

Terry: So the first question I have for you today is a pretty simple one. What do you like about the one hour demonstration, what do you enjoy about witnessing a woman in orgasm for an hour?

Daisy: I like having the opportunity to see a woman having an orgasm in front of me, to watch the way her body changed, the way her pussy engorged, different changes that I noticed in her, the way that she was communicating with the man that was DOing her, and how good it felt to watch in my own body and to see.

Cedric: Well first of all for me, I mean, that this even existed, that there was a place where I could go and see a woman in orgasm for one hour, and it was interactive. There was a before, during and after part where you could talk and could talk to the instructors all the way through and I felt like I was in it. That’s what I liked about it.

Terry: Now you both said a little bit about this, but I want you to say some more about what were your experiences, I mean you were at the same demonstration, right?

Terry: But you are two different people, its great because we have a woman’s perspective, we have a man’s perspective here. And I just want to hear a little bit more about what you experienced, particularly the part where she is being DOne, the demonstration portion of the course, sitting in your chair, what you experienced witnessing the demonstration.

Cedric: Well for me I was interested in seeing what it was, what DOing was. What it was like, what putting your finger on a woman’s clit for that long looked like. So I got to see how he positioned himself and what his placement of his hand was on her pussy and how he did it, like how he was able to sit in that chair. And to see RJ DOing her for that amount of time and to be able to ask questions about it, that’s what I got out of it. That’s what really stands out, having it right in front of me and having it be open to ask questions and to just get a close look at what was going on.

Daisy: From the very beginning for me I just loved the way that RJ and she were talking, they talked about how the orgasm, how the experience was going to go and from the moment, even before he put his finger down on her clitoris, he told her okay this is what I am going to do. I’m going to touch you. I’m going to put my finger down and they had that agreement. It was so fun and I could feel the way that the sensation as he was DOing her would build, and build. There was this one point he was taking her up and it was a room full of students, there was about eight of us in the room, and as we were watching I could feel the room get like this feeling, palpable feeling of the energy increasing and it increased in my body. At one point I could see the way that her genitals had become so much more engorged and the inside of her labia were this bright, bright pink color and as I noticed that engorgement and those changes in her pussy I started feeling my own body. I could feel the way that my pussy was pressing down into the chair more it was like I was experiencing that myself from watching her and it was so much fun. It was really fun.

Cedric: The thing that really stands out is that I observed a man noticing a woman and what he felt and how she felt while he was DOing her. I’ve taken it into my sex life because I have DOing as part of my sex life and when I put my finger down on her clit, I notice her. To be able to talk about it in the one hour DO [Deliberate Orgasm] demonstration and then feel it and then put that into my sex life, I can really feel a difference in what I feel and what I’m feeling my body while I’m DOing her and what I notice. And also my communication while I’m stroking her clit and my descriptions, my communications of my descriptions, of what I am feeling has gotten a lot better.

Daisy: One thing that I experienced was that I noticed when RJ was DOing Susan that they had this communication between the two of them and there was a flow that felt seamless when I was watching and experiencing it while I was there. And what I’ve taken from that into my own sex life is that ability and willingness to say those things that I feel right away in the moment. When he’s DOing me I can say simply, “that feels really good, where you are stroking feels really good”. And knowing it’s a simple acknowledgement, you could say oh it’s so simple it’s just a little thing, but acknowledging that “Oh right there feels so good!” it is something to build on. It’s so fun to be able to relate that way.

Cedric: It is fun.

Terry: So as the woman instructor was being DOne and having an orgasm, sitting in the course itself, you could feel that in your own body. You’ve given a very lovely description of that. How was that for you Cedric?

Cedric: Well I could feel it, you know he took her on a ride over that hour and you could feel how it started with their communication at the beginning. And he put his hands down and he started stroking her clit and it built over the course of the hour. I felt it as energy in my chest and like a hot sensation at times and like a building of energy and the room got hot. And you know, as he took her up on some of the higher peaks I felt like a light sensation in my head and visually the colors in the room got brighter as her took her up and it felt like the whole room was going up.

Terry: Ah, that’s a fun description. Now what would you tell somebody who’s never been to a one hour orgasm demonstration? Because a lot of people don’t really know that this exists, and a lot of people when they hear about it, they still don’t believe it. So you’ve probably talked to new students or people about it who have never heard of it, what do you say to them about witnessing this type of orgasm?

Cedric: Well witnessing this type of orgasm it has the potential of changing your life, because it is so expansive what they are offing in this and it starts at the simple place of noticing that woman and like you have a woman in you life, this is what every guy has been looking for – the viewpoints and what they talk about and then the actual practicality of DOing, it’s something that you can put into you life. And this is a place, a demonstration of what’s possible so you can take this information and expand your life further than you could’ve imagined.

Terry: And how about you Daisy?

Daisy: Well I think about introducing this to someone who has never heard of it before and sensuality, sexuality its one of those things some people like to talk about, some people don’t talk about it very much. But from my perspective everyone out there, we are all interested in having more gratifying relationships, having more intimacy, knowing our partners better, pleasuring each other better and I feel like what the Welcomed Consensus offers in this one hour orgasm demonstration is an opportunity for you to see as an outsider, when do you have that opportunity, to see two people relating over their pleasure and utilizing tools of slowing down and feeling and noticing one another, paying that much attention to one another to produce that kind of pleasure and orgasm that lasts an hour.

Terry: Well said. Well I want to tank both of you for taking these few minutes out of your busy day to talk about orgasm. It’s been a pleasure getting to know both of you better and hope you’ll join us again soon.

Daisy: Me too, it’s been a lot of fun Terry. Thank you

Cedric: It’s been fun thank you.

Terry: This is Terry Goffinet and you’ve been listening to the Female Orgasm Podcast. Tune in again soon for fresh new topics that will bring more pleasure and orgasm into your life. If you’d like to find out more about courses taught by the Welcomed Consensus you can visit their website at www.welcomed.com or you can reach them by calling toll free 1-877-469-8636 FREE. Thank you and have a great day.