What would it be like to have the mystery taken out of sex and have it be a gratifying experience every time? How do you add deliberate into sex without loosing the spontaneity? 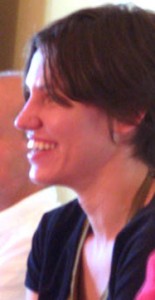 Rachel: I like how good it feels and I like the feeling I notice after getting done. It is a certain energy that I have and other times it is a relaxed state where I’m just really calm. It is this feeling of being really satisfied and I’m glowing sometimes. People ask me, “What is it about you?

” It is really that I am emitting this glow that is all over my face. People can see it and I love that. It is almost like by one person putting their attention on me then everyone puts their attention on me. It is like they can’t help it. It is like, “Oh, everyone is noticing me” and it’s great.
How did you first feel about deliberate sexing and having a deliberate orgasm?

Rachel: I didn’t think it was spontaneous enough. I thought that it was going to seem, not the first time but after a couple of times, I anticipated and I told myself this is going to seem so routine. It’s going to be something like everything else. This is going to be something that I am going to get tired of because it is so deliberate. There was this prejudice that I have that if you tell me everything that you’re going to do then what is the fun in that? Then I realized how safe it made me feel. That anxiety about “is he going to do this or that” didn’t occur at all. I didn’t have to think about those things. I didn’t have to anticipate them. That was probably the biggest thing.

Even the communication tools at first, Vlad has definitely used a lot of them. I have picked up on some and some others I had not as of yet until this course. At first in coming to understand them, it sounds so rehearsed. It sounds fake like they are not quite being genuine because, for one, because they are communicating at all. I hadn’t really even thought that the communication does kind of help in the first place, when most people are just messing around with each other but not really even asking or telling anything that they are feeling because they’re worried that they might say the wrong thing. So initially there was that feeling that I don’t want it to sound rehearsed and I don’t want it to sound fake. After a couple really intense sessions of using the training cycle especially, it started to make more sense and it started to click that this is something that actually works really well.

Have you had any challenging incorporating DOing into your sex life/daily life?

Rachel: For myself and for my relationship with Vlad, no. It’s something that we make time for and I love making time for. My friendship with Vlad is awesome and I feel really blessed that I had him as an introduction to DOing.

There are a lot of people out there whom I want them to know about DOing and it’s something that I wish wasn’t such a taboo topic, that could actually be talked about. That’s really the biggest challenge I think in having this really fulfilled life where Deliberate Orgasm is part of that because it’s something that I’m really proud of. I really think other people should know about and at the same time there is a lot of resistance and I think that a lot of it is cultural and societal. There’s a lot of resistance from even people that I know that on the inside they really want to know about it and they’re really curious and then on the outside it’s like, no, that’s not something.

Everything that has to do with sensuality has such a bad connotation culturally, that people aren’t really willing to change as much as I hoped that they were. But that is something that I think slowly over time that getting people really aware of how important it is, their own sensuality and really feeling good. Especially for my women friends, like how important it is to actually get off. I’m actually really excited about it but it’s a big challenge to reveal that information to people who want to resist but really want to know.

How has your sex life changed since adding Deliberate Orgasm?

Rachel: It is more fun, it is more varied. Deliberate Orgasm allows me to get off without needing to worry about sexing, even worrying about intercourse itself. But also, I really like that as well, and I like all sorts of sexual activity. My sex life is in itself a bit more whole. I don’t feel bad for wanting what I want and I don’t feel like I don’t get enough of it. Now that I actually have some of the tools from Deliberate Orgasm while sexing is actually a lot more enjoyable and after I have a DO date, after I get Done, have found that my feeling and what I’m feeling in that moment actually carries over. For example, if I am giving Vlad a DO, manually stimulating his penis, my feeling of orgasm has actually carried over into him and it’s made him feel even better than he has felt before. We have these moments every once in a while where we just really feel a lot. It’s really amazing to be able to both share that with someone else, but then to be able to understand it in my own body. I think that’s what’s been most important. One, I don’t need someone else, that it just feels good.

I’m finding out a lot more about my own body and what feels great. When you can describe to your partner exactly what it is that you want, when I am able to do that it feels like this huge relief that I don’t have to always wonder or worry about the mystery that is my sex life. That it’s not really a mystery any more and although I’m learning all of these new things all the time what’s really happened is that the level of possibility for my own body has changed.

I always kind of knew that that was something that could change. This is a little bit on an off topic but I swam for 14 years, and when I was swimming I felt the changes in my body. My shoulders broadened by a lot and my lungs are actually larger. I have larger lungs than what a normal human being would have because I had to compensate for the fact that I was taking in these deep breaths and exhaling all the time in the pool. And hours and hours of really intense athletic practice have resulted in, I’ve gone to the doctor before and they’re like, “you’re an athlete aren’t you?

” My lungs are apparently bigger and my heart is actually bigger, too. My heart as an organ is larger like than the average size adult heart because it had to pump more blood during all my physical activity.
The changes in my body relate actually quite a bit to this because I’m beginning to understand what I see in these women in the Welcomed Consensus, like how open their introitus can get and how engorged they can get. It’s really actually awesome and I love it, but it’s also a feeling of what’s possible too, even though medicine and doctors will say this is not scientifically possible. When I see it and when I know for myself that this is something that has been physically possible in my own body and that the fact that it’s malleable and it’s constantly changing and I’m constantly growing according to how I want to grow and where I want to go. It’s translatable for me, it’s the same thing. I find it really fascinating from a physical body perspective but it’s also that I know that this is possible.

What changes have you noticed in your own genitals using Deliberate Orgasm?

Rachel: It’s interesting because a lot of times, before a DO date when we’re getting started my clit will be slightly exposed in this anticipation. What would always happen before is that my hood was completely covering my clit. Now it’s like when I think about it even the physical manifestation in my body is already taking place. There are times when I have had a couple contractions before hand or when I’m having a DO, a lot of times my introitus will open slightly. And I have gotten really quite wet before, a little bit of ejaculate you can see. It is exciting because it is my own body reacting to all this. It’s just another point where my body is again telling me what it is that it likes.

When my body is feeling, reacting in this way and especially when Vlad actually tells me what it is he sees, the different colorations and if my inner labia kind of fold in upon themselves. When I hear that from him and when I know that that’s what is happening it’s this gratifying experience because I know how much I like it. Especially with women, there’s a lot of complex stuff going on, like between mind-body and “I’m not sure if I want it but I want it” situations. But for me, when I turn the mind nozzle a little bit down and I just turn it off, and I’m like, “let me feel what I want to feel” and when I allow my body to feel it then it does give me those signs that it’s responding. It engorges really quickly sometimes without even me being touched. I can just feel more engorgement and the evidence is just physically there which is great, which is a lot of fun.