French science teacher Philippe Cosentino created an interactive 3D model of the clitoris (shown below). He did the rendering according to the sketches and instructions of Odile Fillod. Fillod is a French researcher responsible for developing a life-size, 3D printable model. 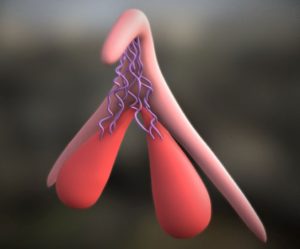 The importance of understanding the anatomy of the clitoris, its structure and function in relation to female pleasure cannot be overstated. For centuries medical, educational and popular literature have described it as a small, pea-sized female organ. It was also omitted from discussion all together, thus limiting how we view women’s sexuality. A 3D model of the clitoris can help rectify our education.

You can get the files necessary to make your own printable 3D model of the clitoris here.

Recently, the anatomical facts of the female genitalia have been completely updated exposing its complexity and impressive sensory capacity. The public now has free access to a stylized, life-sized printable 3D model of the clitoris. It shows the glans, the visible part of the clitoris, and the hidden legs and bulbs.

This 3D view of the clitoris is contributing to the knowledge about sensual pleasure for both men and women. This new model reaches far beyond what has been defined before. Every woman’s pleasurable anatomy is completely unique to her. It varies in shape, size, color and texture. It is also always changing, which means there is much to learn and notice day-to-day about a woman’s pleasure. Viewing this model can provide a foundation for understanding women’s bodies.

When I first grasped the full size and shape of the clitoris in a woman’s body, it not only transformed my perspective on female orgasm, but it expanded the experiences my partner and I were having in our research in Deliberate Orgasm. I could compare the change in my perception of the clitoris to the way humankind changed its perception of Earth. It was like the difference between perceiving the Earth by standing on the beach and the view astronauts had when they first orbited around it. One may know intellectually that the earth is round. However, until one actually witnesses the earth as a 3D sphere floating in space, one doesn’t fully understand. From space the true scope and power of mother earth is revealed.

The other day, I was having a Deliberate Orgasm date with my partner. During the date, I recalled the first moment when I had a realization of the whole extent of the clitoris. At that time I didn’t have a 3D model of the clitoris available. My partner described to me what she had learned about her clitoris. I became aware that I was stroking the rounded end of this long, bifurcated tubular structure. Besides the tip, it was mostly situated inside her body.

Taking my knowledge into the bedroom

Similar to that instance years ago, I suddenly saw the whole dragonfly shaped clitoris in my mind’s eye, while noticing the reflection of its full size and extent in the visible engorgement of her pussy. As I stroked her clitoral glans with my left index finger, the fingers of my right hand were resting on her right labia majora. As I felt her labia engorge, I knew that this engorgement was largely the engorgement of the right clitoral leg and bulb directly underneath. I maintained the awareness of this internal structure. It was as if I was holding her whole clitoris between both of my hands.

At that moment, when my index finger moved across the surface of her glans, it rang out with sensation. My awareness of the full extent of her clitoris added depth to the feeling of the orgasm. Touching a small part of the externally exposed portion of the organ was echoing throughout the whole organ. I thought of it like my index finger was plucking a guitar string. The finger touches the string, a minute part of the instrument, but the entire sound box reverberates.

A bit later, it dawned on me, that women and men are different but also alike. Two major differences are that her clitoris is largely internal, and its sole function is pleasure. When I considered the actual size of her whole organ, I realized it was comparable in size to my cock. It also engorges like my cock.

I thought of what it feels like when I or a partner strokes only the head, or even just the sensitive apex with one finger, compared to how it feels when she includes my whole shaft, balls, and bottom cock in her stroke, while still focusing on the apex. This latter choice, which includes the whole organ rather than a small part of it is by far my preference. I compared this to stroking a woman’s glans with one finger versus stroking her glans with awareness of her whole clitoris. In the case of a woman, you may not physically touch her whole clitoris, but you can touch it indirectly through external structures and by focusing your attention on it.

I had an even more basic and profound realization

Personally, it is pleasurable to cuddle and kiss or roll around with a woman when my cock is flaccid. But it is even more fun when my cock is hard. So why wouldn’t it be the same for her? It would, especially if her entire clitoris is properly engorged. I have come to realize I should be doing whatever it takes to produce this engorgement in her clitoris. No matter what kind of sex act we are having, more engorgement in her genitals equals more sensation.  This applies whether we are engaged in DOing, intercourse or kissing. For proper engorgement to happen, I must be aware of her whole clit. Putting my attention on it is advantageous.

Deliberate Orgasm or DOing is not simply stroking the clitoris. It involves both people putting their total attention on one person’s body to produce the maximum amount of sensation. This is the most effective way I’ve learned to produce female orgasm. DOing has crystallized the fact that attention is a key factor in producing pleasure. By my training and my research, I have also found that when my partner and I increase our attention on her pussy, the sensation will expand.  We do this by continuously describing the changes her genitals undergo in DOing.

When her glans engorges, this is just the visible tip of the entire engorging clitoral structure. When her labia majora engorge, this is mainly the engorgement of her clitoral bulbs. So I could say that describing the engorgement in this area is actually putting my attention on a woman’s clitoris. I feel that becoming aware of all these elements of her pleasurable anatomy has given me more appreciation for the full depth and richness of the pleasure that she can experience.

Continuing to learn about the clitoris has been a lifelong journey

It’s been a love affair with the craft of Deliberate Orgasm and with the women I’ve learned from. With the 3D clitoris model available as a new visual educational tool, a much better view of female pleasurable anatomy is accessible to anyone interested in learning about it. From the moment I realized that this is a three-dimensional structure, things changed. I noticed the ride of her orgasm became richer, fuller, and more gratifying. It was a milestone in learning to take a woman on a ride. The magnificent feelings and expanded consciousness resulting from this sensual education have now become a part of life. 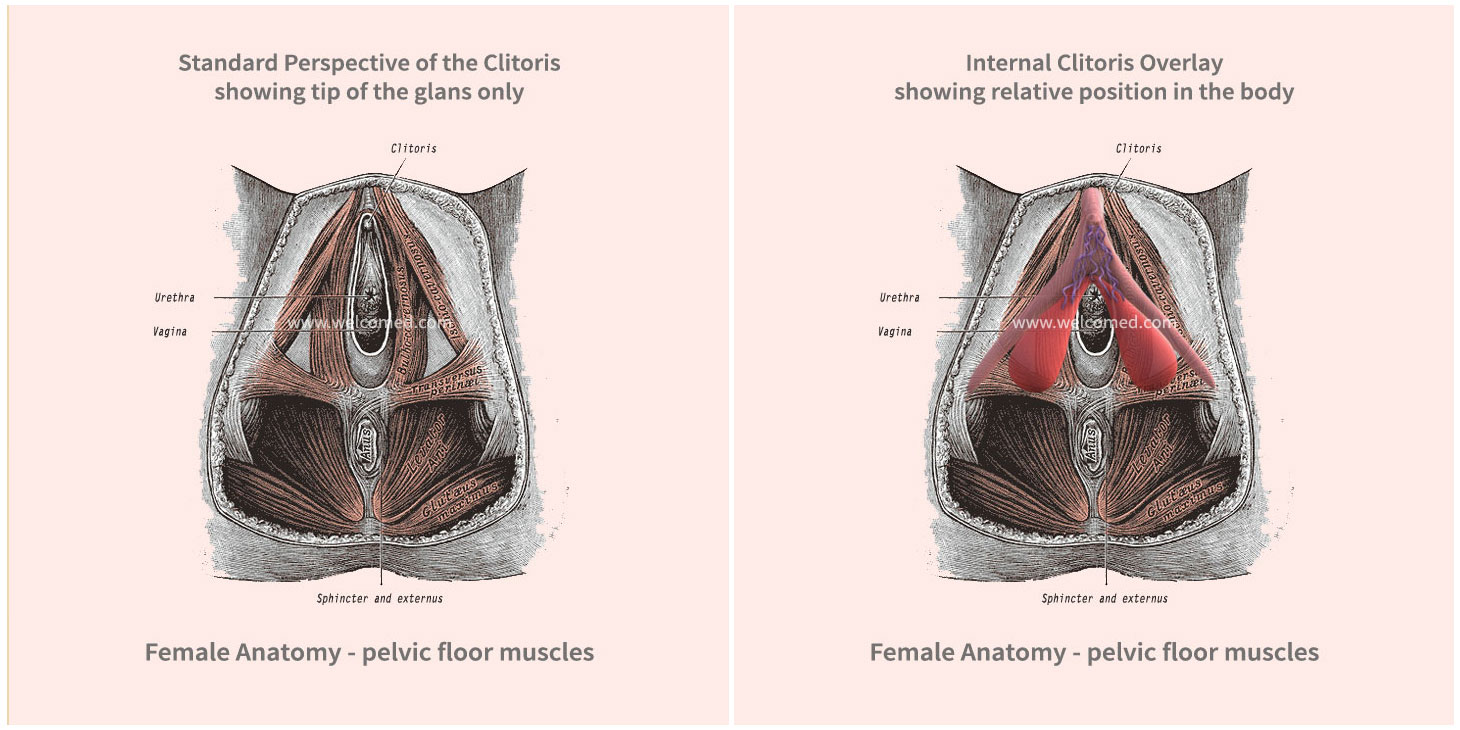 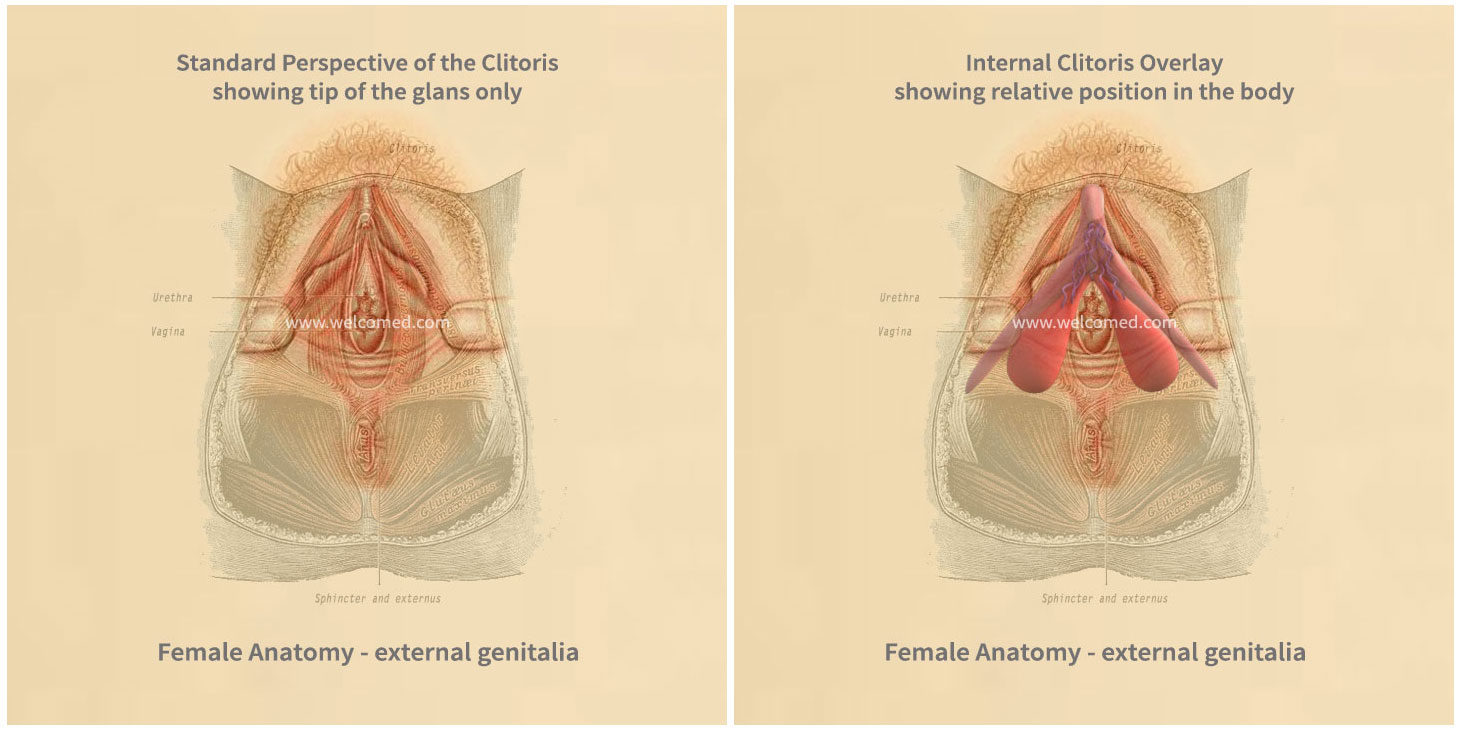