On 6 August 1991 the World Wide Web was opened up to the public. On that day in history I was a computer science techie programming in Silicon Valley. Yup, it’s okay to call me a geek and Yes, I do like math. Through the mid-90’s I continued working in Silicon Valley until I retired to be a sensual researcher. I mention this now because that nerdy inquisitive, data-gathering, puzzle-solving intellectual side of me has been quite useful in my menopause research. I am questioning my assumptions and the popular ideas regarding menopause, so at times I take that big brain out for a spin. On this ride I explore hormone changes in menopause.

Hormones on the Brain

Everyone knows that it’s your hormone changes that cause menopause, especially all the troubles right? Hummmm, I’m not so sure. Hormones… I ponder what I’d heard and thought I knew. Lowering estrogen and progesterone I’d heard of. I’m pretty sure those particular hormones are made in the ovaries and that they are the hormones that are replaced when a woman undergoes hormone replacement therapy (HRT). But as I think on it, I’m not entirely sure about even this little bit of information. I had more doubts the further I went into the topic, so I backed up a bit and got to thinking about human hormones and get to the hormone changes in menopause later.

Do I even know what a hormone is? What exactly is a hormone’s role within the body? How many hormones does the human body have? When did science discover and begin working with hormones? How much does science understand about hormones?

Facts of Interest on Hormones

As I informed myself a picture developed based on facts I found of interest. Starting with the most basic information I got clear on what a hormone is and what they do. Hormones are chemicals present in all multi-cellular organisms. Hormones are the body’s cellular communication system. When you get more than one cell together to make a living thing, those cells need to coordinate with each other. Nature came up with hormones to be the messengers between individual cells, tissues and organs.

Hormones regulate metabolism, all of the chemical and energy reactions in the body. Inside the human body hormones help maintain a constant state of critical things such as temperature, amount of water and salts, and amount of sugar. Hormones tell the body when it needs rest, when to wake from sleep and when to go into a high state of alert. Hormones regulate growth, sexual reproduction and more.

In 1902 the first definitive proof was discovered that a hormone exists. The first hormone identified was secretin. The rest of the century marked huge growth for the field of endocrinology including two new hunger hormones discovered in the 1990’s. Currently science has identified over 100 naturally occurring human hormones that tell our cells or organs to do something or to stop doing something. Names I’d heard, but didn’t realize were human hormones began popping to mind. Insulin is a hormone. Adrenaline is a hormone. Steroids are an entire class of hormones which includes the commonly known sex hormones. Estrogen is a subclass of steroid hormones containing three distinct hormones. The list of human hormones goes on…serotonin, testosterone, dopamine, oxytocin.

Some of the most recent research on hormones and human behavior shows that hormones don’t cause things, they modulate them. The messages or information that a hormone delivers is contained in at least two ways. The most commonly understood way is that an individual hormone contains the messages that get delivered to the systems they modulate. What is less well known is that messages are also contained within the interactions between different hormones. For example, sex hormones and hunger hormones interact and thus contain additional information than what the individual hormone holds. This new research also shows that the brain monitors not just hormone levels, but also the rate at which hormone levels are changing. Nobody is entirely sure how our bodies do it all. To me all of this points to a wonderfully complex, robust and adaptive system that science does not entirely understand.

How Computers and Hormones are Alike 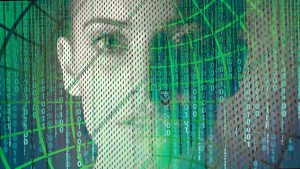 One of the many things I did as a tech geek is build personal computers from components like motherboards, RAM, hard drives, etc. then install the operating system and application software and test the completed computers. They were called IBM clones in those days.

I would build each clone computer in the same way, typically ten at a time, using the same components and following the same recipe for installing the software. Then I’d put together the entire computer network and train people how to use them. You would expect that each machine would perform the same. The name clone implies it. However, more often than not, each machine, even as identical as I could make them, would have individual idiosyncrasies. I’d have to make adjustments to get around some of those quirks. I didn’t think it should be that way, they were clones after all. But it was that way and to do my job effectively I stopped expecting it to be any different. I explained it away, that it must be due to tiny differences in electrical components and materials, but I never really knew why.

Now I’m thinking here we have the human body with far more complex interconnected natural systems than early computers have. Those organic systems have been tweaked and tuned by nature for many thousands of years. It would be foolish of me to think that a woman’s hormonal system in major transition could be so easily explained. While doing research, again I was surprised at how fuzzy my knowledge was on the hormone changes in menopause. Yet I have so readily agreed with the assumptions, simplifications, stereotypes and stigma society tosses out about menopausal women, you know – it’s her hormones, as if I comprehend the full implication of what that statement means.

A Nerdy Sensualist in Menopause

Where does that leave me? My nerd side wants to go on a quest for more details to fill in the blanks, but from my sensualist perspective I am most interested in my experience of life. My head was clearing up on the topic. I could separate fact from mystery. I could wrap my mind around the fact that there are things about our bodies that we experience moment to moment, yet science is at a loss to explain why or how.

Becoming aware of my propensity to want to qualify and quantify my experience and look to science for answers, I also realized that there could be an entirely different way of going through the change and approaching midlife. I appreciate science and facts, but it is not my goal to become a medical or scientific expert. Do I even have a goal related to menopause? Getting informed with scientific knowledge had freed me up. It was also clear that I would be looking elsewhere for what would guide me through this transition.

I began to make a paradigm shift. I starting looking at the hormone changes in menopause through the lens of sensuality. To read about what came next for me you can go here.