The denial phase of my menopause went on for a matter of 4 or 5 months until I recognized that yes my periods were regular, but they were coming every 21 days instead of the usual 28 days. The flow was noticeably different too. And those so-called intense heat rushes were also more frequent, becoming regular. It was much more difficult to ignore what was happening in my body. 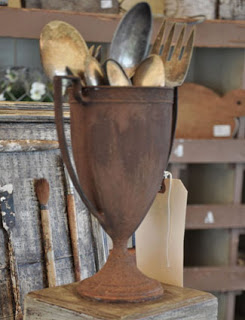 Racking my brain I could only come up with the benefit of no more periods. Right…That’s good because you don’t have to deal with the mess, the PMS or the worry of getting pregnant any longer. But to me, those points felt lackluster and seemed more like a consolation prize than anything good.

From that perspective, the best thing about menopause boils down to having something bad go away. In my book, that is not the same as something good. Being a healthy woman, my periods had hardly ever been bothersome. Accidental pregnancy had not been a concern since my very early twenties when I educated myself about birth control options.

The prevailing viewpoint in society tells us that being a woman is a problem.

That a woman’s monthly period is a difficult syndrome which will finally be over in midlife. However, a woman will consequently suffer the many symptoms of menopause then she will pass into old age. I had no better viewpoint, no winning viewpoint about menopause.

So if menopause meant that I’d lose my womanly sexuality and desire, that I’d get fat, depressed and mean, that it signaled the end of middle age and I’d now be considered an old crone – I’ll just skip “The Change”, keep the monthly bleeding and risk pregnancy, thank you very much!

I was beginning to face up to the fact that menopause happens. It didn’t matter how I suppressed, sugar coated or tried to polish up the situation, something was happening to me that I did not like, knew I could not stop, and could not imagine life being better because of it. The slippery slope down was getting steeper the longer I was out of agreement with the situation. I knew I had to do something to change the direction I was going.

This is when my training as a sensualist came to the forefront of my mind. From that foundation, I made the decision that what I am experiencing is right, including all the positive and negative feelings. This single viewpoint was the starting point for me to choose what I wanted to put my attention on regarding menopause. That single choice opened up the door for me to make other choices that profoundly changed my experience of menopause.