Expand upon the fundamentals of DOing using this series of instructional Deliberate Orgasm videos. Instructors teach about full-body orgasm through manual stimulation of the clitoris. Patterned after the live course demonstrations, each volume in the series focuses on a specific facet of the technique. Videos include in-depth training which vividly show the woman’s genitalia and how to produce optimum orgasm. The videos can be viewed time and time again for their wealth of information. This series shows how anyone can access the unlimited potential of female orgasm.

What people are saying about these instructional Deliberate Orgasm videos:

“Very useful video! It has excellent explanations and a clear demonstration of the technique to make a woman satisfied. Seems deceptively easy but requires practice (as does most activities) to get the best results. Clearly the practitioners in the video are experts.” – I.W.
Customer’s Product: DO Vol I – Expanding Female Orgasm

“A key to ecstasy! These techniques bring about a long, deep orgasm. It doesn’t have the drama of the screaming convulsive state we expect to see. It is, however, mind-altering. The body relaxes and the mind becomes blank as the woman experiences waves of ecstasy. The very first time we tried these techniques, my wife experienced a thirty-minute orgasm. She described it both as a continuous orgasm and as one-hundred orgasms. I also found it intensely pleasurable. There was a sense of merging with her experience and taking part in perfection.” -Mike
Customer’s Product: Deliberate Orgasm Collection – 5 online video set

“Before I started DOing, I had no clue what was possible, in terms of feeling. I’m pleasantly surprised by the amount that I feel in the tip of my finger. When it’s on her clit barely touching, it’s amazing that you can feel that much in it.” – D.B.
Customer’s Product: Better Orgasm through Better Communication

More About these Instructional Deliberate Orgasm Videos
What’s the Big Deal about Engorgement?

Stacey’s partner handed her a mirror during their first DO date together. She was immediately taken aback by it. Moments later her look of surprise turned into a gorgeous grin. Her entire face lit up.

What she saw in the mirror was a pussy full and succulent with vibrant hues of coral, rose and pink. She had never witnessed her genitalia looking this plump. She had never seen her clitoris so firm and defined. But then again, she had never experienced anyone putting that much attention on her having an orgasm.

There’s nothing to fix

People may wonder what the big deal is about engorgement. What is it exactly? Why do women go to such lengths to achieve it? Some women even use artificial methods to get it. Our instructional Deliberate Orgasm videos show what it is and how to have it naturally. Below, we address the value of engorgement.

In today’s “fix-it” society, lack of clitoral and vaginal engorgement has been perceived as a dysfunctional condition. It is treated with drugs, procedures and devices. In many cases, collagen shots, laser treatments and pussy pumps have been a substitute for actually creating orgasm and hence, natural engorgement in a woman’s genitals.

These methods may create the physical appearance desired by the user. However, they are no substitute for what happens naturally. A woman feels increased pleasure when engorgement is deliberately produced in her genitals. When they are properly engorged, wonderful changes occur both visible and unseen.

Stroke with your finger

Manual stimulation of the clitoris is a sure way to create orgasm in a woman’s body. As a woman relaxes into her pleasure while her partner strokes her clitoris, many changes occur. Blood fills the erectile tissue of her vulva. The urethral sponge in front of her vagina engorges. The internal bulbs and legs of her clitoris engorge too. Dense nerve fibers make up the two clitoral legs, or crura. When these swell with blood they press against the vagina’s muscular wall. This creates wonderfully sensitive spots felt within the vagina itself.

The infamous, elusive G-spot is one of these sensational spots. Numerous other areas, or Thunkspots, are also easily located. But this can only happen when engorgement is present.

This act of manually stimulating the clitoris is a sex act in and of itself. During a DO date, he makes tiny, subtle movements and pressure changes with his index finger while stroking the clitoris. This produces pleasurable sensation in her and allows her pussy to engorge. Color changes occur and pleasure increases as nerve endings deeper in her body come closer to the surface.

The sole function of the clitoris is to produce pleasure in a woman’s body. The exposed glans may be tiny, but anyone can learn to touch it just right.

When a woman’s pussy is engorged, there is potential for greater sensation during other sex acts. When the internal clitoral spongy tissues fill with blood, the clitoris becomes engorged. It becomes erect and drops down close to the opening of the vagina. This movement of the clitoris makes for better contact with the penis.

Intercourse takes on a new dimension when her pussy is engorged and full of blood. As the vagina fills and gets longer, the soft pillowy vaginal walls hug the penis. This is similar to how a glove fits a hand. Thrusting and deep stroking are merely optional. The slightest movements can be highly sensational. This makes intercourse gratifying for both partners.

Stroking her clitoris with your finger can be an act unto itself or a prelude to another sexual activity. Either way is fun. Manual stimulation of the clitoris and the resulting engorgement is an essential element of a woman’s pleasure.

Changes in her pussy

With the mirror still clasped in her hand, he put his finger back on her clitoris. Stacey was riveted to the reflection of her blooming pussy. The colors of her fleshy labia became deeper shades of pink and rose. Her entire vulva was thickening. It stood up from her pelvic area. She was mesmerized by the changing images. She was filled with good feelings.

As an instructor demonstrating DO, Wendy is the woman featured in this instructional Deliberate Orgasm video. 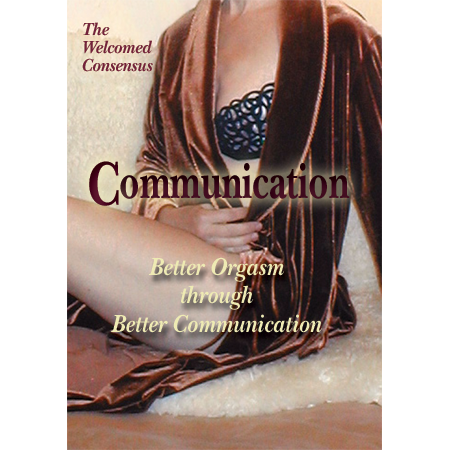