Today you’ll hear excerpts from an interview with Vladimir, a student of the Welcomed Consensus, who agreed to be interviewed on his experiences regarding Deliberate Orgasm. This interview was conducted in a question and answer format, and he did not know the questions in advance. He only knew that the topic would be about Deliberate Orgasm, and documented as part of the ongoing sensual research of the Welcomed Consensus. 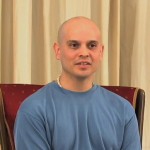 What was happening in your life that had you seek for more information?

Vladimir: Ever since I was young, I had been seeking for more information and it was a pretty constant thread that had been running through my life. Various books that you can find that are pretty common out there, and just thinking about stuff. I always had fun with the women in my life and so I was like how can we have more of that? I always got off on getting women off, and wanted to know more about that. So that was just a constant thread that when I heard that you could have a one hour orgasm, I wanted to find out more about that.

What were your first impressions when you were learning about Deliberate Orgasm?

Vladimir: Well, my first impressions when I learned about Deliberate Orgasm, I am going to answer as if from the class, cause that was really where, I saw the videos and I kind of tried them, but really, my experience changed when I came to the Common Sensuality class and saw the OIC for the first time. Then it just expanded, what I thought it was going to be. I had been looking for a kind of better way to get a woman off, or another way to get a woman off kind of just another tool or technique, and saw that it was just so much more after the OIC.

How was it for you to take what you experienced and learned from the OIC and to incorporate into your life?

Vladimir: It was very fun, like after that course, relationships with women became a lot easier. I’ve always had friendships with women, but somehow they just became easier and it was easier to enjoy that they were women and I was a man, and still have it be friendship and play and fun. It was OK to say, “Wow, you look awesome” and have them receive it as just that and know there was nothing else expected. And they enjoyed that I saw them as a woman, and I enjoyed them seeing me as a man. And all that happened effortlessly, it’s hard to say, it’s almost like women oriented to me differently, like literally they would shift their bodies in my direction for no reason I could tell.

Were there any challenges in incorporating DOing into your sex life?

Vladimir: The only challenges I had incorporating DOing into my sex life was the initial mechanics. So, the comfort with the position for example, and being able to relax in the position, it took a few dates. It was an interesting challenge getting the thumb to pull back the hood consistently. Making sure I was on the clitoris, and then with more and more fine-tuning. Then I’m on the spot, and that was kind of the first piece that once it fell into place, then it’s been pretty much fun and more enjoyment. I mean I like that too, because it was a discovery, but then once I got comfortable with that, it was almost a self-perpetuating system of fun.

Before learning about DO Deliberate Orgasm, had you seen a woman’s clitoris?

Vladimir: Before learning about Deliberate Orgasm, I hadn’t seen a woman’s clitoris with that specificity. So I basically had seen the hooded one, and maybe the glans peaking under without really making the distinction. So this was the first time I actually pulled back the hood and noticed that there was many facets.

Would you tell us the story of not reciprocating?

Vladimir: So, this partner and I – it was a lovely progression to watch when I first started DOing her, to how I’m still DOing her. At the beginning she would often relax and enjoy it for awhile and feel good, and then suddenly start trying to get me off at the same time. I’d say “no, that’s all right, you enjoy it for now, that’s what this is, there is no need for reciprocity.” And I began to realize that it happened maybe two or three times, and that was one of those resistant points, where she didn’t want to feel what was going on and was distracting – I don’t know exactly how to phrase it but it was a way to not feel or be aware of what was happening at the time and divert attention to me. And so whenever I said “It’s okay, just rest there, relax,” you know when she got through that, and big deep breaths of it’s okay, it’s okay, she would feel a lot more pleasure and feel more intensity.

So that occurred over several weeks or months, couple months maybe, and she just said one day after a DO, we were talking and said you know I had not realized how much she had limited her pleasure, she hadn’t realized how much she had limited her pleasure and experience when being sexed, however, oral sex or manual or intercourse, she didn’t realize how much she had been limiting her experience and pleasure because she’d been thinking about what she was going to have to do in response, how she was going to have to reciprocate. And that was hidden, she didn’t know this, but it had really, it was some decisions she had made and that had really limited her pleasure. And so, part of that opening of her experience was that there was no quid pro-quo. Often I go there, I DO her, we have a conversation, and I leave – there’s no sex of intercourse, I don’t get DOne, and that was a big deal for her. I didn’t realize that that would be that big a deal, but it allowed her to relax and release and let go of a lot that was holding her back. And feel more.

Francoise: In DOing, how is it different using the concept of both people putting their attention on one person’s body?

Vladimir: DOing by putting both people’s attention on one person’s body in orgasm, makes it easy I guess for one person to just let go, and receive. It’s hard to do two or three different things at the same time, like give and receive, so that allows the person being DOne to just let go and accept and feel, what’s happening, without having to think about any of the things that can pop up about this and that, someone else, are they getting what they want?

Vladimir: I like about DOing, it feels good to me as a man to be a part of someone I like and am friendly with and care about. It feels good for me to be a part of their having pleasure. And it seems to be a practice that continues to grow, so it’s different every time and I learn every time, and I think that continues, like you will continue to do it, you’ll continue to learn and your orgasm will continue to get better. I’m not sure there’s any limits to that except the ones you find some way to impose, on your way to getting rid of those limits.

Francoise: What do men get out of DOing a woman, besides giving her pleasure?

Vladimir: A man gets out of DOing a woman – a happy woman, and that is a very good thing for anyone who relates with women. It makes things more fun, in so many ways. It affects your household positively, and interestingly, because fun means different things. And intensity is fun, so when you DO a woman and you give her all the orgasm she wants she’s going to be happy and that’s going to lead to new possibilities of fun and make things a little easier than they’ve been.

Francoise: What would you like men to know about Deliberate Orgasm?

Vladimir: Men should know about Deliberate Orgasm that it’s possible to have a woman in orgasm far beyond what you think is possible, and to be a direct part of it. It’s so far beyond what you think is possible is the pleasure a woman can experience, and you can be a part of it. And Deliberate Orgasm is a means to get there, and it’s a fun means to get there.

Francoise: What have you learned from a woman’s orgasm that you have incorporated into your orgasm?

Vladimir: What I’ve learned from a woman’s orgasm that has helped my orgasm in my experience, is to remain relaxed with more intensity. That allows the energy to kind of spread through your body, as pleasure. I choose to feel it as pleasure, I guess, and so that combination of feel more but remain relaxed at the same time opens up a whole world of experience that is new information.

One Response to Learning about Female Orgasm through DOing